Once categorised, each player’s output in defined key performance indicators (KPIs) for their respective positional category has then been considered, using data sourced from Whoscored.com.

Following Round 23 of the Premier League, the player rankings are as follows:

Based on the above analytical comparison, Arsenal’s aforementioned tactical basis, and with Bellerin, Chambers, Tierney and Torreira recovering from injuries and Aubameyang suspended, the 11 players which comprise Arsenal’s most productive starting 11, for their round 24 clash versus Chelsea, would appear to be as follows: 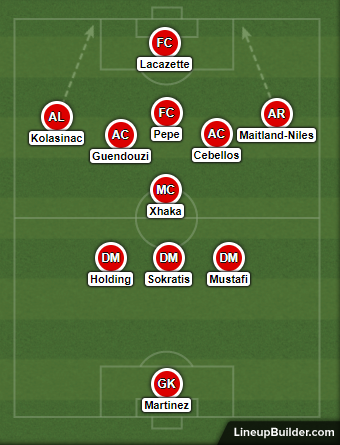 ← Arsenal Player Analysis: Round 22 Player Analysis and Round 23 Team Selection
2020/2021 Season : WHICH PLAYERS ARSENAL SHOULD RETAIN, SELL AND RECRUIT to fit a 3-4-3 Formation →